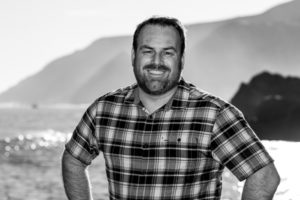 Awed by Mark Gee’s night time photography, the WorldPix team is thrilled to welcome him to our stable of photographers.

Mark is a world renown, award winning astrophotographer who’s photos touch people in ways he could not have imagined. Let’s learn a little bit about Mark and his thoughts behind his photography.

Originally from the Gold Coast of Australia, Mark now makes his home in New Zealand. It was here in New Zealand that he discovered the night skies. Trained as a graphics designer and employed as a videographer (feature film industry on movies like, “Lord of the Rings”, “The Hobbit”, “Avatar” and “King Kong”), he has always had an eye for photography.  He got the photography itch about 10 years ago when he started reading posts in an on-line photography group. One of the posts talked about night photography.

Having never truly seen the night sky due to the level of ambient light along the Gold Coast in Australia, the night skies of New Zealand opened up a whole new world. Awed by what he saw, he took his trusty Canon 40D and shot into the night sky.  But when he looked on his camera display, he saw nothing but black. There were no stars at all! Challenged, Mark worked his craft, learned the ins and outs of shooting at night, and began to capture the images that awed him in the night sky. His work took off bringing him international recognition in 2013 with Astronomy Photographer of the Year.

Here is one with his son:

Mark became so popular that Ted Talks contacted him. He decided to present his short film, “Full Moon Silhouettes.” We encourage you to watch his inspiring talk: Mark’s Ted Talk

Mark is quite humble and incredibly giving, wanting to inspire people through his photography, and the ultimate desire to leave the world a better place.   This is why he is drawn to WorldPix and our aim to help others throughout the world with our photography. Mark is passionate about helping others and has personally chosen the causes that he would like his work to support.  To start off, Mark has chosen Women’s Refuge and Variety, both located in New Zealand.

The first cause that Mark would like to support is Women’s Refuge, a New Zealand charity helping women in domestic violence situations.  Mark has personally supported this charity over the years and has seen the impact they have on women in need in New Zealand.  However, the government made a lot of cuts this year hampering the work of this charity. Mark is hoping his photos will help support these women, and In doing so, make a difference in the lives of the next generation.

The second cause that Mark is excited to support is Variety – the Children’s Charity.  From their website, Variety “helps New Zealand’s sick, disabled, and disadvantaged children reach their full potential.  We distribute funds to children in need of basic necessities, medical equipment, life changing mobility needs and essential learning opportunities.” Mark, growing up with a single mother, really empathizes with these kids. Mark is hoping his photos can help make a difference.

Now that you know a bit about Mark, please check out his work on his WorldPix gallery: Mark Gee World Pix Gallery

Mark, welcome to the WorldPix team of photographers!