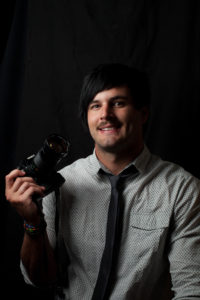 Ryan Abbott learned about WorldPix during a safari with WorldPix co-founder Ryan Plakonouris. When Ryan P mentioned his involvement in WorldPix, Ryan A felt a spark deep inside him, the WorldPix concept perfectly matching his desire to make beautiful images of the world around him combining with his wish to give back through charity work. After hearing just a little bit about WorldPix, Ryan A was 100% sold. For the next few months he pestered (in a nice way) Ryan P for a chance to be involved. Now his time has come. The WorldPix team selected four of his images as a gallery on this website. We’ll take a more in depth look at two of these images later on.

Ryan Abbott is a professional photographer (freelancer) and graphics designer making his home in Cape Town, South Africa. He has been a professional for seven years where he has photographed many weddings, photographed government events as a photo journalist for a tourism agency, and worked steadily on honing his wildlife and landscape craft.

He got started in photography at a young age while he lived the very small town of East London. His dad put a Canon Powershot in his hand and has stuck with photography since. He liked the pictures he was taking and decided to stick with Canon going forward. He now shoots with a Canon 5D Mark 2.

“You keep pushing your mind to better yourself. I try to draw from the environment around me. If I see a sunset today and a sunset next week. Each one is different, each one needs to be captured.  My inspiration comes from life itself.”

Ryan likes to be different. This trait shows up in his photographic style. Being a graphics designer, Ryan separates himself through his image post-processing rather than through his photographic compositions. When he was young he would see artists paint animals on a white canvas with all sorts of negative space around the animal. He was fascinated by the look. Now, fast forward to today, he successfully emulates that look in his post-processing.

“I’m a graphic designer, my mind is flowing with rainbows and unicorns.”

Ryan favors landscape and wildlife photography, where he notes there is something about wildlife as it tests you in terms of photographic knowledge, challenging you constantly. Let’s get the inside story for a couple of these photos.